Back to The City of Mati CITY PROFILE 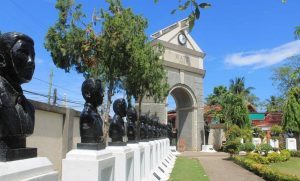 Mati is a coastal component city in the province of Davao Oriental. It serves as the provincial capital.

The city center of Mati is situated at approximately 6° 58′ North, 126° 13′ East, in the island of Mindanao. Elevation at these coordinates is estimated at 77.8 meters or 255.2 feet above mean sea level.