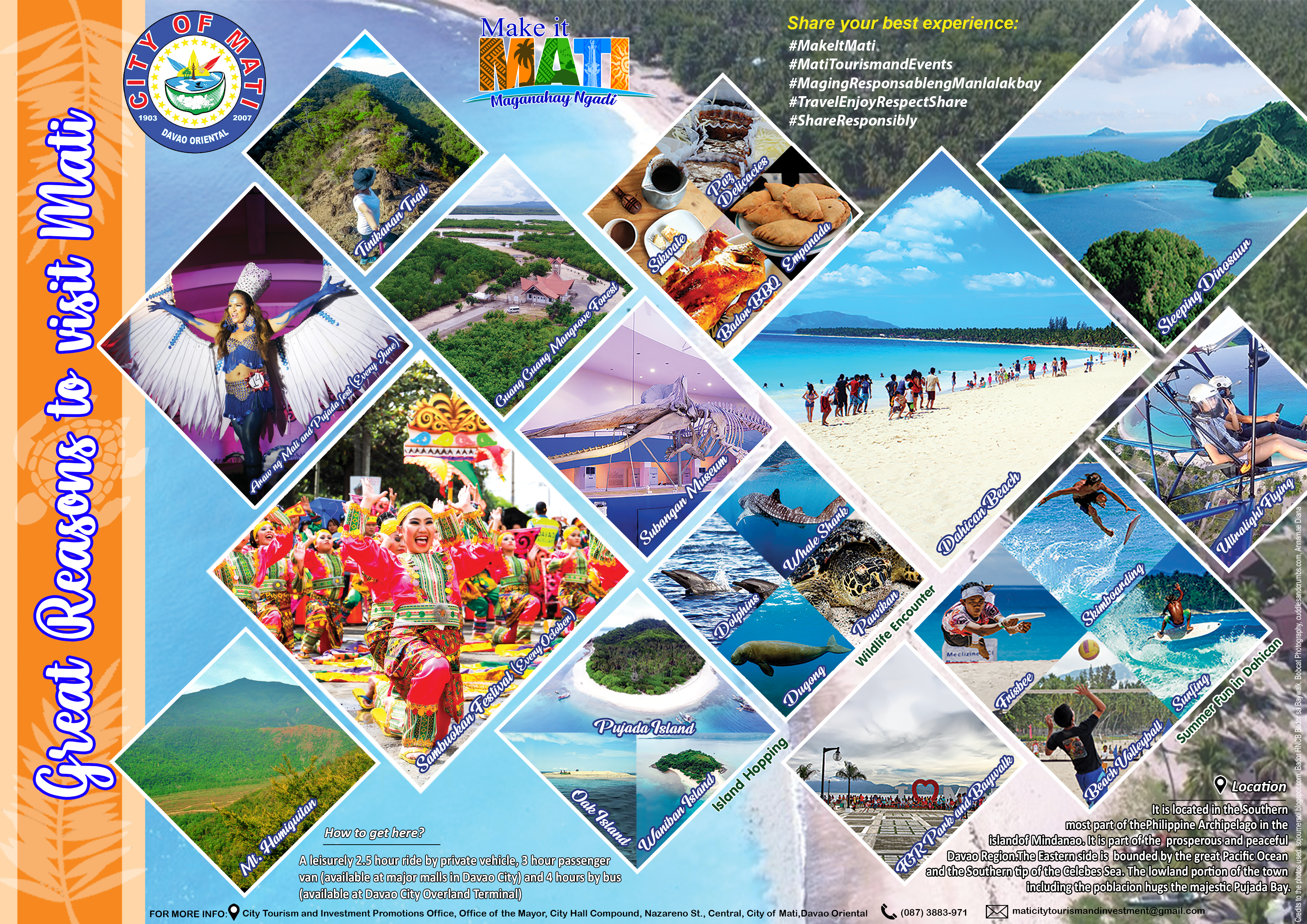 Mati  is the capital and the only city in the province of Davao Oriental in Minanao, Southern Philippines. It has a total area of approximately 682 square kilometers or 263.32 square miles, with an estimated population of about 141,141 as per the 2015 Census. The City belongs to the Second District of Davao Oriental under Davao Region.

The word “Mati” is derived from the Mandaya word “Maa-ti” which refers to the town’s creek that dries up easily even after a heavy downpour of rain.

After almost 104 years after its creation, the settlements of Mati became a municipality and finally achieved its citihood status in June 19, 2007 by virtue of RA 9408.

Mati offers beautiful landscapes and a number of beautiful resorts. The Provincial Capitol building and park rises atop the hill commanding a fantastic view of the Pujada Bay. Other locations that offer a bird’s-eye view of the city are the Mati Tourism Complex and Badas Viewdeck. 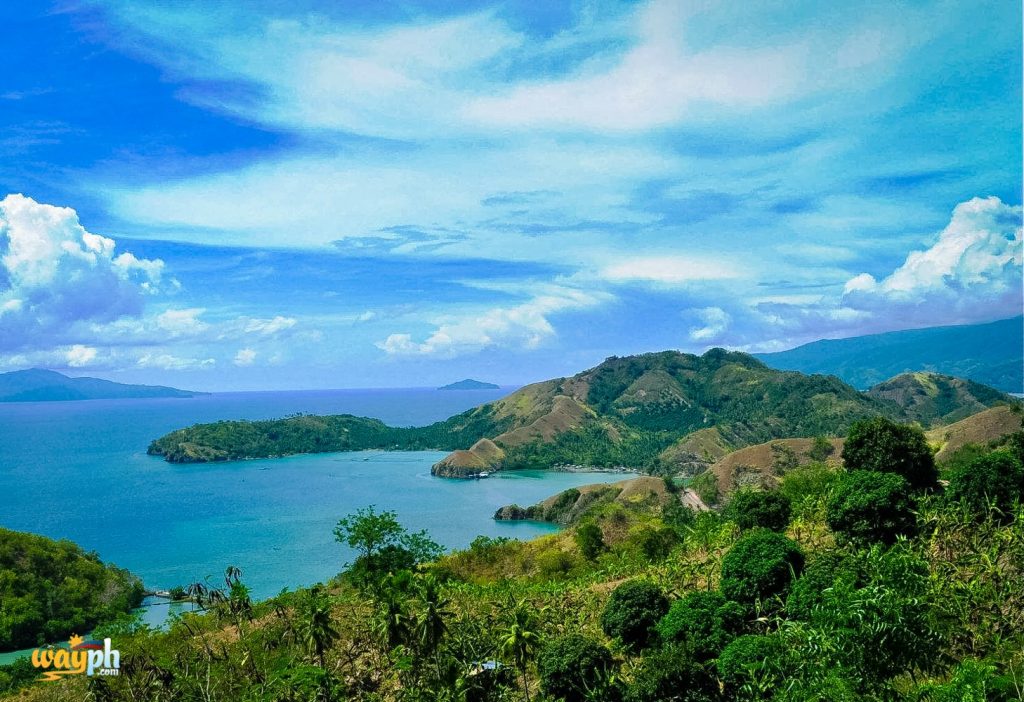 Mati has always been known as a beach destination, with foreigners flocking to the city to enjoy what its beaches have to offer. Dahican is one of the most popular destinations in Mati with its 2-kilometer pure, fine white sand shore. It has recently become a prime destination for surfers and skimboarders. Pujada Bay boasts thousands of species of sea life and has been considered as among the richest bays in Southeast Asia. As such, locals take measures to preserve the diversity of marine life, protecting animals like lobsters, sea cows (locally known as Dugong), bottlenose dolphins, hammerhead sharks, manta rays and different kinds of turtles.

Recently, skimboarding, surfing, and frisbee sports have established a wide fandom among young locals with Dahican being the favorite hub for tournaments in the region. 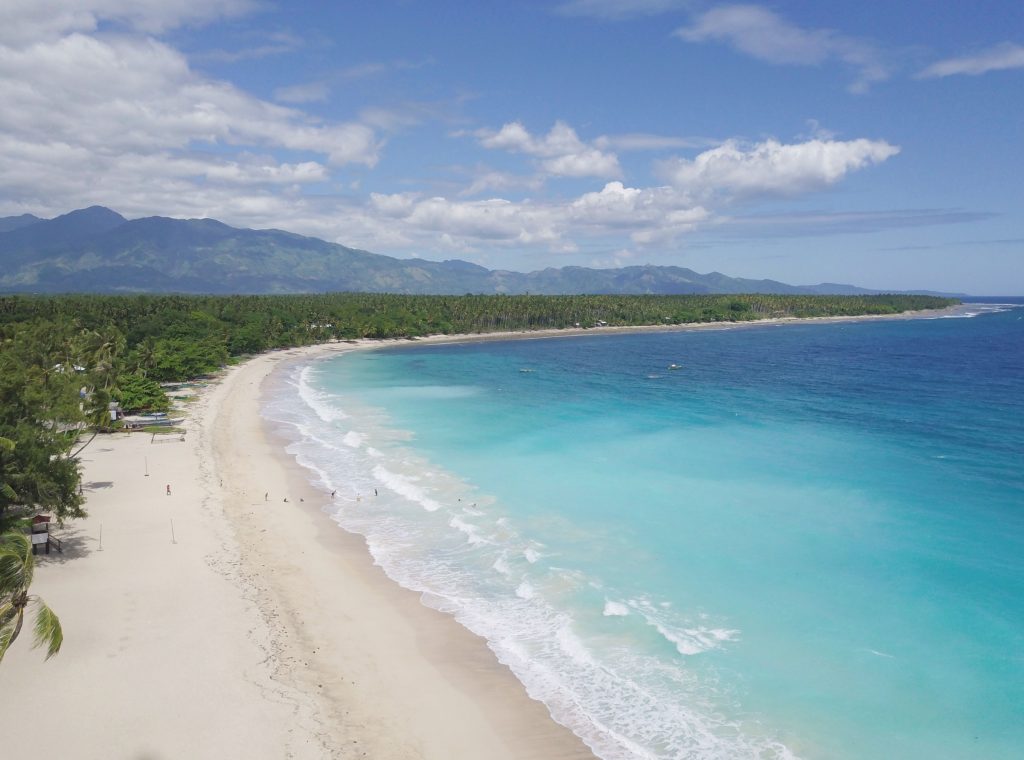 The Mindanao SAGA Flying Club (MSFC), located at the Mati National Airport in Barangay Dahican, is an Ultralight aircraft flying facility that offers trial flights and flying lessons. Fast becoming the major attraction in Mati, MSFC has introduced a safe, affordable, and an exciting way to see the majestic scenery of the city like no one has seen before. The Quicksilver Sport 2S ultralight is the favorite of visitors owing to its open cockpit that gives the passenger an unrestricted view of the landscape and the feeling of ultimate freedom in the air. 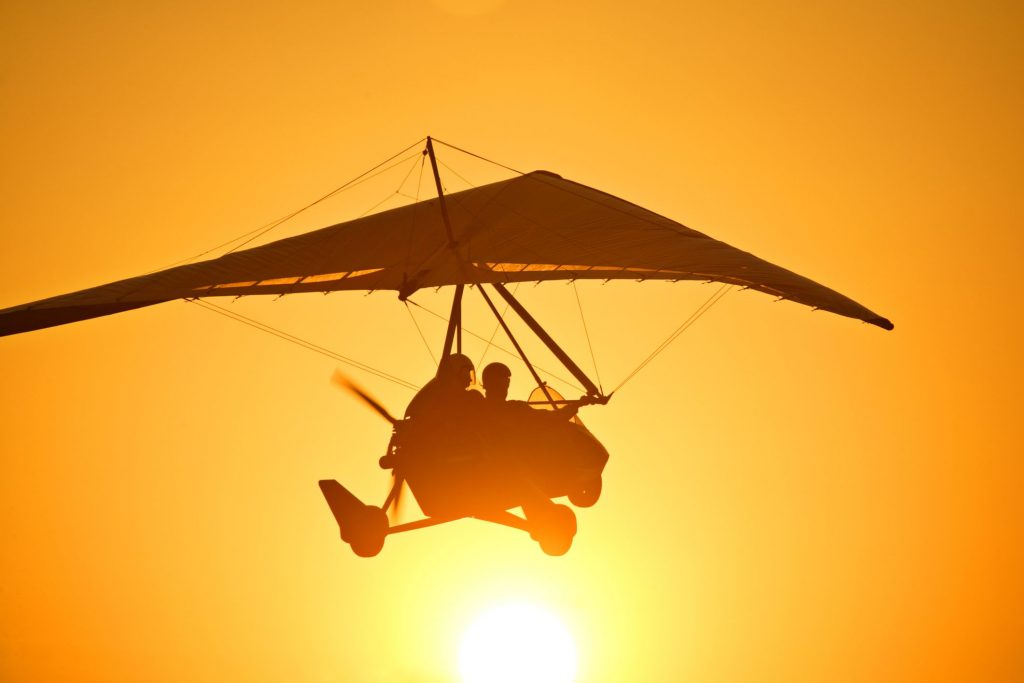 Inaugurated in January 2014, Subangan is the provincial museum. It features interactive, state-of-the-art exhibits. The centerpiece is a 53-feet skeleton of a sperm whale, considered the largest on display in the whole country. The museum also features exhibits on UNESCO World Heritage Site Mount Hamiguitan and Davao Oriental’s history. 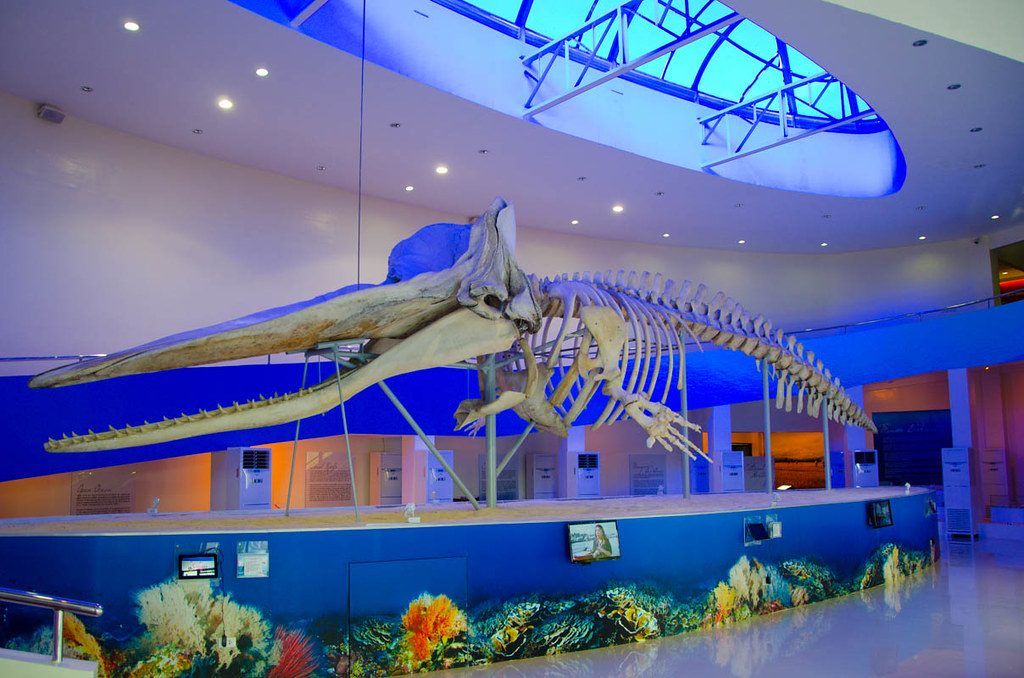