The City of Mati Incident Management Team on Corona Virus Disease (IMT Covid-19) has reported an increase in the number of “persons under monitoring” (PUM) from 16 to 28 as of Sunday, March 15, at around 4:30 pm.

In a meeting Sunday, IMT Covid-19 head Dr. Ben Hur Catbagan said 12 more were added from the list after residents of the City of Mati has become highly aware of their community and reports immediately any personalities who came from Covid-19 affected areas.

This, Catbagan said is the reason why there is an increase in the number of PUMs in barely a day. He said that the number of “persons under investigation” (PUI) however remains at 4 until Sunday.

Catbagan said all of the PUMs are accounted for and are undergoing home quarantine. While the PUIs are already in isolation.

The health of three of the PUIs are said to be improving while one PUI is said to be suffering from tuberculosis. The four are scheduled for swabbing so that their samples would be sent to the Research Institute for Tropical Medicine for confirmation.

In light of the appeal of Davao City Mayor Sara Duterte for all other local government units to put up their own isolations rooms and stop sending their PUIs to Davao City, the City of Mati LGU has identified three possible areas that would house the PUIs in case they increase in number.

The first area would be the Mati City Sports Complex Grandstand, while the other two are yet to be negotiated by the IMT for possible use.

The three mentioned areas are separate from the areas identified by the Provincial Government which are the Davao Oriental Provincial Medical Center, the SP Dormitel and the Bahay Silangan. All are located in the City of Mati.

In the latest meeting which was attended by City of Mati Mayor Michelle Nakpil Rabat, the IMT Covid-19 also agreed to give out travel history forms to all passengers travelling to Mati to determine if they recently came from areas with known infections from Covid-19.

If so, they will be mandated to undergo a 14-day quarantine upon arrival in Mati.

Mayor Michelle said she also ordered for the disinfection of all public areas. The entire Mati City Hall Ground was already disinfected over the weekend and ongoing are the public markets, the FGR Mati Park and Baywalk and other public areas where people usually congregate and spend time.

The City of Mati also plans to provide food packs and other assistance to PUMs and PUIs and their families while they are undergoing the 14-day mandatory quarantine.

The City of Mati remains to be free from Covid-19 infection as of Sunday. (CIO MATI) 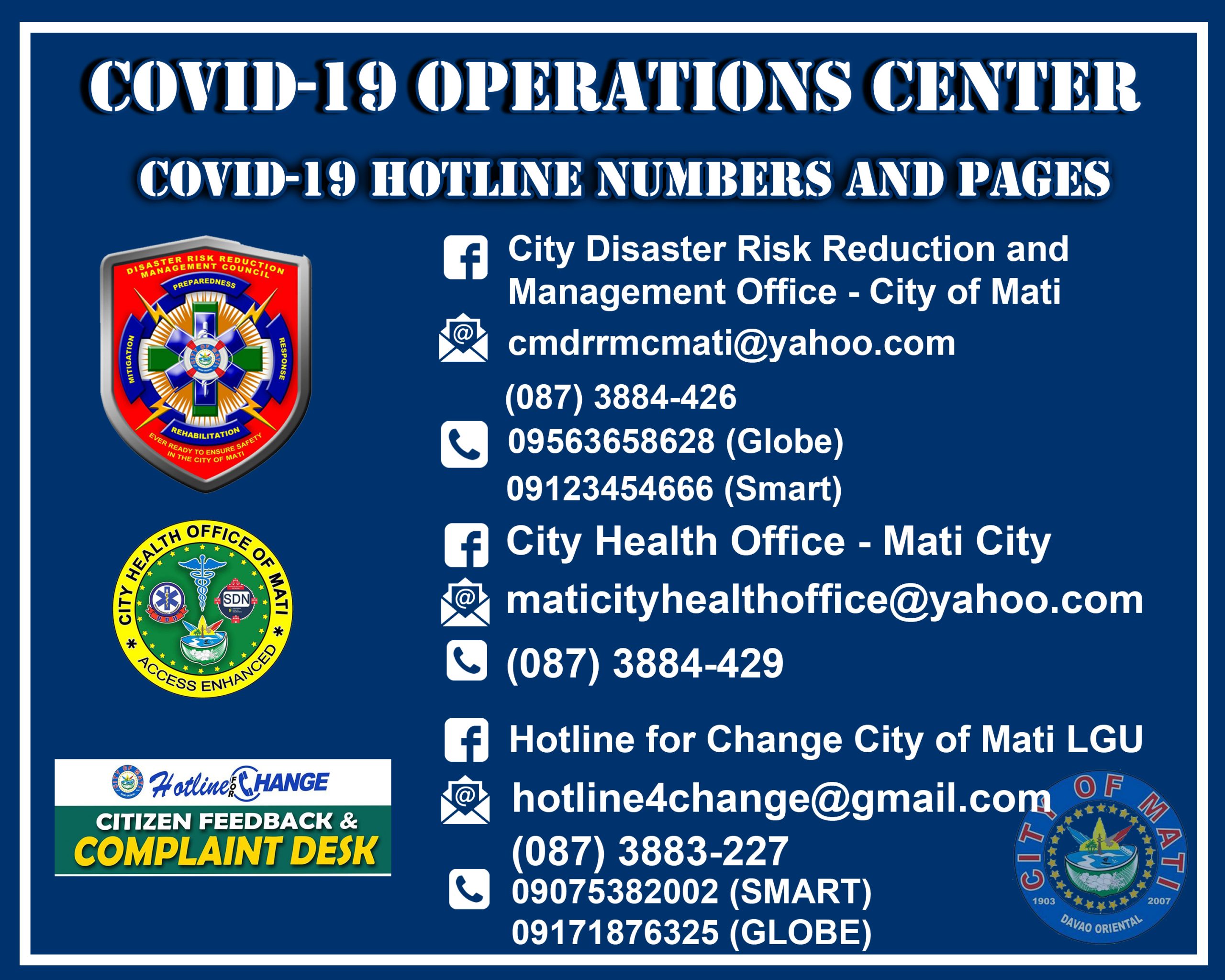 The two Mati City residents, who were the first patients to have tested positive for Covid-19 infection… 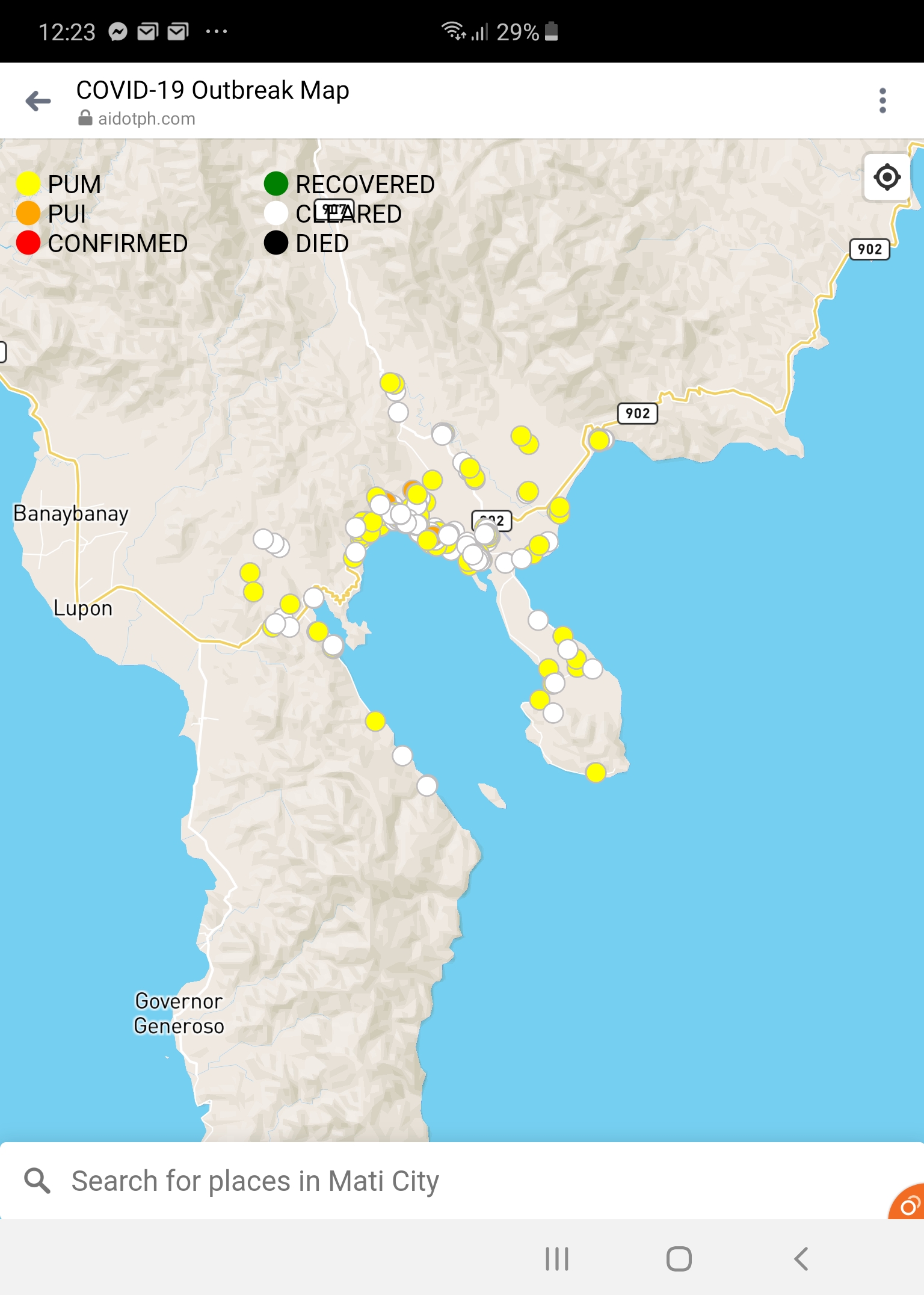 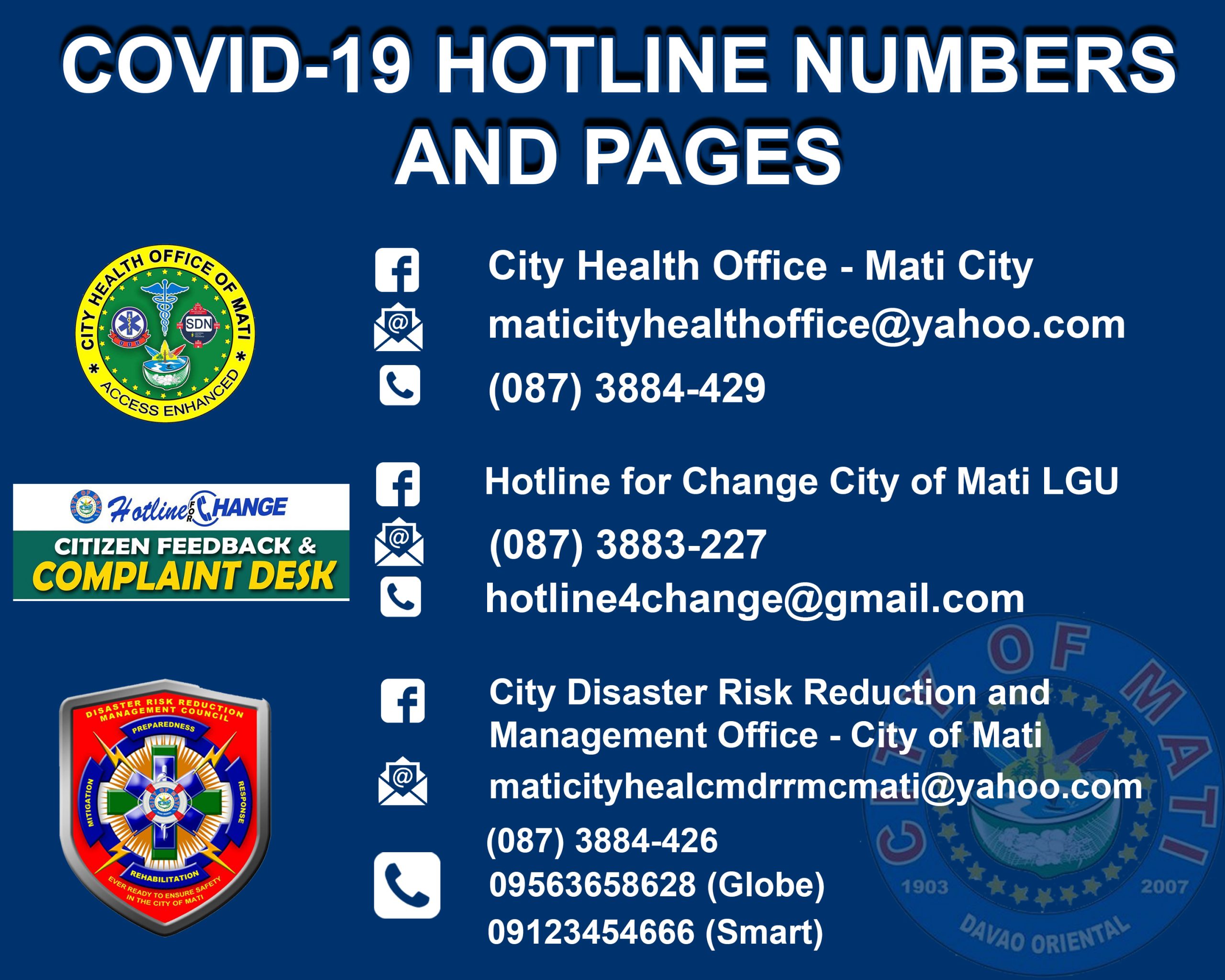